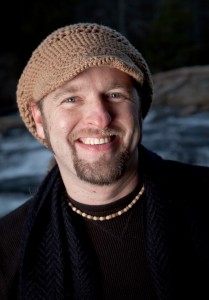 Richie Jones is a hardworking musician dedicated to music through the art of drumming. At a young age, Richie was beating the stuffing out of his mother’s couch pillows, which landed him in trouble many times. By the age of 12, he had become inspired by rock music, rhythm and blues, funk, reggae, and all things groove. Learning by ear, Richie taught himself to play the drums. Every day, he would come home from school and play for hours on a drum kit given to him by his uncle. His early musical influences provided him with a foundation to play creatively, dynamically, and with strong backing vocals and harmonies. In high school, Richie played tenor/baritone sax, the quads, and 26″ bass drum in the marching band. During his senior year he was selected for the Leon High School steel drum program in Tallahassee, Florida. This broadened his view of percussion and music by enabling him to play both lead and bass steel drums, as well as Latin percussion.

By the time Richie enrolled in college at Florida State University, he had been playing in bands touring the Southeast, and had experienced opening for Government Mule, The Derek Trucks Band, B.B. King, and Maceo Parker. After receiving his Bachelor of Science in studio art in 2001, Richie packed his bags and headed to the Atlanta music scene to pursue his passion.

Whether it’s playing with southern rock legends Wet Willie,  jam/funk driven grooves of Deep Blue Sun,  americana singer/songwriters  Ralph Roddenbery, Taylor Martin, or the slide screaming’ roots of the Donna Hopkins Band, Richie has been establishing himself as a versatile and proficient musician in Atlanta’s music community for the past 15 years. He has also recently tried his hand at producing with the Ralph Roddenbery Band. Richie, Ted Norton (The Grapes, RRB) and Ralph Roddenbery collaborated with engineer Jeff Bakos (Bakos Ampworks/Studio) to create what Roddenbery considers to be his most powerful and uplifting record to date, “For So Long.”

Presently, Richie is fully dedicating his time and skills to session work, gigging and teaching. Richie’s plan is to continue establishing himself as a working studio drummer and musician, both locally and nationally, laying down drums and percussion, as well as producing. He continues to work with several bands and musical projects that tour the southeastern circuit, and nationally. Whether in a club environment or on a festival stage, Richie is always ready to sit back and let the music take him. When not in the studio or touring, he teaches both children and adults the art and passion of playing drums and percussion. “Being able to express my passion for music on stage and educationally is the greatest experience I’ve ever had, and for that, I’m so very thankful!”

“Richie Jones’ drumming is like a breath of soulful air. He is a strong part of the Atlanta and World sound. We are blessed to have him in our music community.” – Yonrico Scott (GRAMMY Award-winning Derek Trucks Band, and Earl Klugh)

“Richie Jones brought years of experience and his impeccable musical ears into the studio as co-producer on our album, “For So Long.” His attention to detail, and intense passion for the music while juggling drums, vocals, and percussion, gave it wings and was vital to the true feel of the recording.” – Ralph Roddenbery